Thank you for joining our efforts to Help Rachel Breathe! Rachel Phillips was formerly a ballet dancer who performed with the Royal Ballet in London, the Kirov in St. Petersburg, Russia and other major companies in the US and abroad. Her world came to an abrupt halt when she began to have complications from a rare connective tissue disorder. The form of airway collapse she suffers from is extremely rare due to the fact that it is so diffuse – meaning that it isn’t just one small section of her airways that collapse. Instead, her airways collapse from her larynx, through her trachea, both mainstem bronchi, and all the way down into the smallest airways into the lungs. At one time, a groundbreaking transplant seemed to promise hope for her situation but complications with the procedure were discovered and it was no longer a viable option – for this point in time (we still have hopes that the technology could be perfected in the future). She has waited several years fighting to stay alive as her breathing declined. Recently, a new option was presented by a surgeon who has consulted on her case since shortly after her diagnosis, and has the potential of improving Rachel’s quality of life.

Before we go on, let’s give a little bit of background.

Rachel is a former ballet dancer having had the privilege of dancing and studying with the Royal Ballet of London, the Kirov in Russia, the Nashville Ballet, Ballet West in Salt Lake City, Utah, the Royal Academy of Dancinng, and other dance companies both here and abroad. Rachel and her husband Steven moved to Vermont originally to start a performing arts school.

Unfortunately, she developed a serious medical condition that has caused her to put her life on hold for the past several years. Her airways are failing from severe tracheobronchomalacia (TBM), a condition that causes trachea and bronchial airways to collapse. The underlying condition that brought about this problem in her case was Ehlers-Danlos Syndrome (EDS) – a genetic, connective tissue disorder that affects the collagen in the body.

Over the past several years, doctors have tried numerous surgeries, tests, and other procedures – including over 30 bronchoscopies  in an attempt to try to find a solution for her. However, recent test have verified that she is currently collapsing approximately 90% on normal exhalation – a condition which requires her to wear a special, portable continuous positive airway pressure (CPAP) unit with oxygen support to be able to keep her oxygen levels acceptable. Rachel has a special service dog named Siena, a Labradoodle who is specially trained to detect a decline in her oxygen levels and warn her when they fall below acceptable limits. She’s saved Rachel’s life numerous times. Next, Rachel had a tracheobronchoplasty surgery in Boston to try to hold her airways open using a surgical mesh to strengthen the back of the tissue. However, the procedure has proved unsuccessful. After talking with multiple doctors from all over the world who are consulting on her case, at this point, it appeared that her only option was to regrow her trachea using her own stem cells in a groundbreaking new surgical treatment. However, after pursuing this for more than a year, it was found that this option had significant issues which left Rachel, and her husband Steven, with no option but to face the very difficult and heartbreaking realization that this surgery would no longer be a viable possibility – at least at this point in time.

Rachel has a team of doctors from, literally, all over the world and they have continued to work to find treatment options that could save her life. Waiting for years while her breathing ability continued to decline to the point that she was virtually homebound and unable to participate in so many of little things in life that “normal, healthy people” simply take for granted, Rachel and Steven continued to pursue any and every possible treatment option that was even the remotest of possibilities. Finally, one of the surgeons who had been consulting on her case since the beginning (and who was among the first to have concerns that the transplant would likely cause much more harm that good in its current form), came up with a series of treatment options that he (and many other doctors consulting on Rachel’s case) felt could offer some hope of help. It took a further year and a half to work out the logistics to be able to actually bring this vision to life.

In March of 2017, Rachel had the first surgery. They were able to do some specialized repair work to try to open up her trachea, which had suffered a broken cartilage support ring after a tracheostomy had failed to work four years earlier as well as to try some never-before-attempted “test” treatments on her airways. For the first time in years, Rachel had an improvement in her breathing! This was a miraculous gift. After having so many disappointments over the years and listening to many airway/ENT specialists say that there were no other viable treatment options, in some ways the greatest gift from this surgery was the renewed “hope” that it gave, that perhaps there was a chance for Rachel to have improved quality of life. After showing some small improvement from this first “trial” surgery, she was taken back in for another surgery and they expanded the area of of airways that they treated. This further increased the improvement in her breathing. 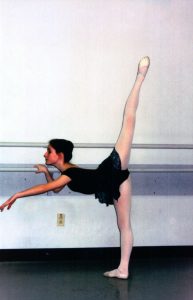 It’s not an exaggeration to say that this has been life-changing for Rachel and Steven. The difficulty is that these life-saving surgeries must be repeated every three months ongoing until a more permanent therapeutic option is discovered. Her surgeon is almost halfway across the United States and due to her level of airway collapse, they must drive the 4000 miles for each and every surgery. This is not only a difficult and exhausting odyssey but an expensive one, as well. However, with literally no other possible treatment options available at this time, there is no option but to continue to fight to make it possible for her to continue to receive this incredible medical intervention. In addition, her surgeon continues to work to come up with additional possible options to add to further improve her airways.

In addition to the fight of their lives, Rachel and her husband Steven face mountains of medical and other related expenses. They must raise the funds necessary to cover all the travel and other related expenses for her to have these surgeries. In addition, while some of the surgical expenses are currently covered by her insurance, the proposed “healthcare cuts” by the President and other proposed by Congress could make this life-saving treatment impossible for Rachel and Steven to afford. To be blunt, if this happens, not only would her quality of life suffer greatly, she could die. We need your help in bringing awareness of Rachel’s life-threatening situation to a wider audience for two primary purposes:

Thank you SO MUCH for your interest and for visiting this site. To see ways that you can help – including some that would literally cost you nothing, please click here. Visit these other links, if you’d like to see more photos or some videos, or press coverage.

Surgery Fundraiser for Rachel and Siena

A message from Rachel